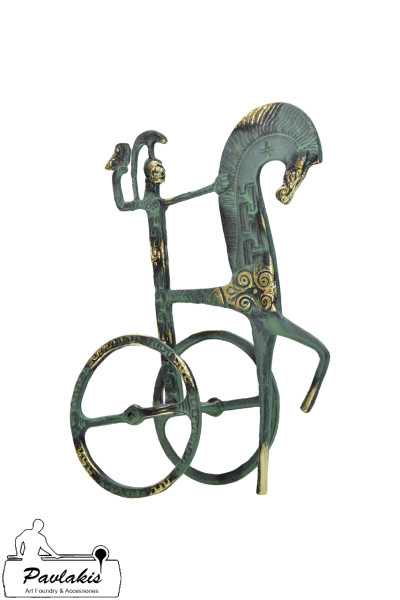 Since ancient times the owl was identified with wisdom. The ancient Greeks considered it the symbol of Athena.Indicative of the cult of the ancient Greeks for this bird is the mention of the aleandrian lexicographer Hesychius ,according to which,before the Battle of Salamis began, had flown an owl as a harbinger of the victory of the Greeks. The Greek tanks were two-wheeled, light, but robust construction and were usually drawn by two horses, sometimes by three. In each chariot rode two men, the warrior and the charioteer. In the first period the "Eikis", the warrior of the chariot, bore heavy armor, helmet, long spear and sword. The charioteers could also carry arms, regardless of whether they were able to use it. They carried a helmet and a thick woolen tunic, which provided them with elementary protection from enemy projectiles. The warrior carried no shield. His armor was so strong, and afforded him almost complete protection, as to render the use of the shield unnecessary.

Handmade brass sculpture, with Quality Guarantee.
Traditionally made by the method of casting metal and by oxidation similar to the museum.

The products are handmade and for their production it takes 5-7 days.

Statue of Goddess Athena with Spear

Statue Owl B with Base

Owl Statue with base massif A

Owl statue with base massif D

Statue Goddess Artemis with Bow B

Owl Statue based on solid E. 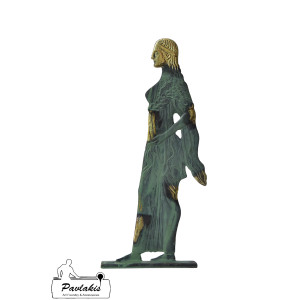 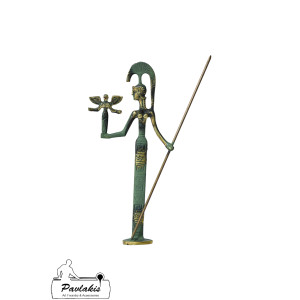 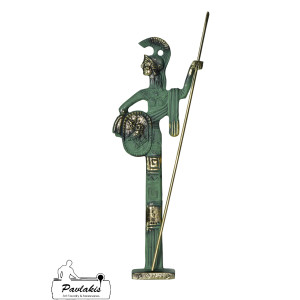 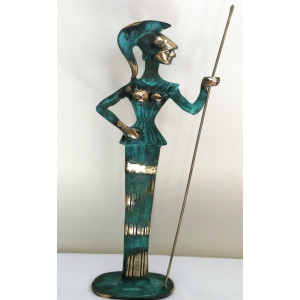 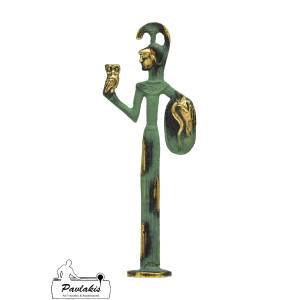 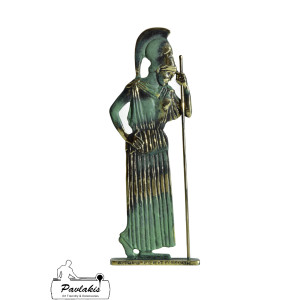 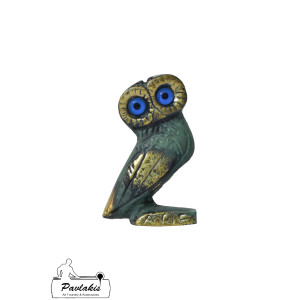 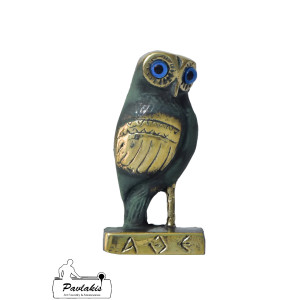 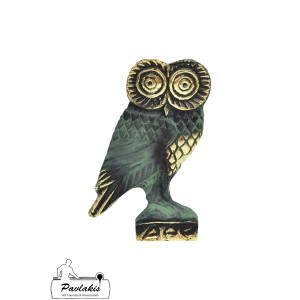